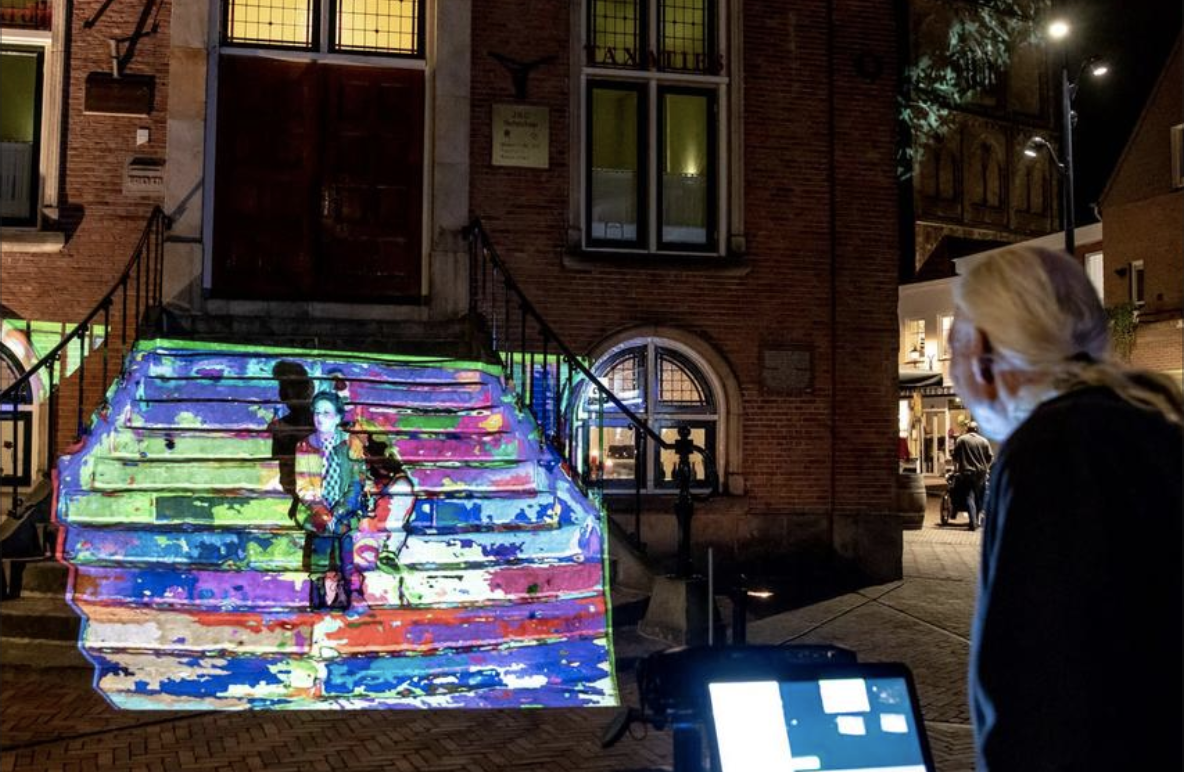 Baltimore’s getting ready to flip the switch on a combined Light City and Baltimore Book Festival, and organizers hope the joint event will lure more than 500,000 people downtown during its run.

The two festivals have been rolled into one for the first time this year. Previously, Light City was held in early spring, while the book festival was scheduled for September.

The festivals, united under the theme “Brilliant Baltimore,” kick off Friday and run through Nov. 10 on the waterfront.

With two events running simultaneously, organizers are planning for larger crowds, said Donna Drew Sawyer, CEO of the Baltimore Office of Promotion & the Arts, which puts on both festivals.

“The reality has been over the past three years, we’ve been growing incrementally every year,” she said. “We’re anticipating with the combination of the book festival… we’re going to top those numbers.”

Uniting the two events saves BOPA and the city money through efficiencies, Sawyer said, though she could not put a dollar figure on the difference.

“The name Light City really is appropriate, because we do, in fact, erect a city when we do this,” she said. “This time, incorporating the book festival, that’s one less city to erect.” City services including security and signage are also used only once.

BOPA also hopes that moving the festivals to a different time of year will mean better weather and more participation. Sawyer noted that sunset comes sooner in November than in the spring, when visitors had to wait until about 8 p.m. for the sun to go down. Now, downtown employees leaving work can stop by the festival to see the light art before heading home, and families can bring children without having to stay out late on a school night.

This time of year is also less susceptible to sudden storms and gusts of wind, which have toppled installations in prior years, she said. BOPA has been looking at weather as it considers the timing of other festivals, as well — Sawyer recently said the organization is considering whether to move Artscape from July to another month as climate changes push temperatures higher.

“When you have your staff working in 110-degree weather, you really have to take a hard look at are we battling something we can’t win against, or should we make the shift and do it at a cooler time?” she said. As of now, she added, “there’s no target date, no ideal time” for a possible change — “it’s just what is the best opportunity for all of us so that we can continue to enjoy that festival?”

Because of publishing schedules, the fall is also a time when many notable authors are touring to promote new books. Sawyer pointed to this year’s book festival lineup, which includes appearances by National Book Award-winning author Ibram X. Kendi and Smithsonian National Museum of African American History and Culture founding director Lonnie Bunch as proof the strategy is working.

“It is an opportunity for Baltimore to be in the trek up and down the East Coast that authors make when they release books of substance,” she said.

Neighborhood Lights, which brings art installations to neighborhoods throughout the city, is growing this year, with 19 participating communities.

“The goal is to eventually illuminate the entire city,” Sawyer said, “so we’re working on it.”

A full schedule for Brilliant Baltimore can be found at brilliantbaltimore.com.