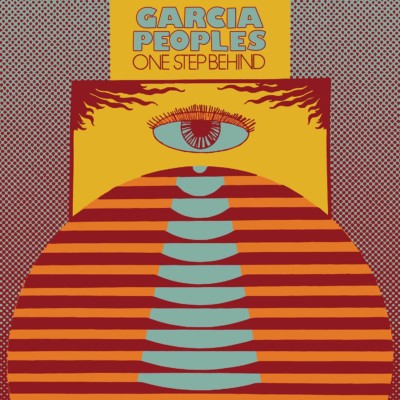 Welcome to the sound of Garcia Peoples at full speed. Without losing a ray of sunshine or a drop of dew, One Step Behind is the first major statement by the malleable Brooklyn sextet. The 32-minute title cut highlights the twin guitars and songwriting of Tom Malach and Danny Arakaki and, instead of pointing itself towards one possible future for the band, just zaps itself square into the thick of it. Encompassing a range of moods and scenes in one flowing arc, it’s less a piece of music to listen to than it is a zone to occupy, a portal for all open-eared heads. The band’s third album, One Step Behind is unquestionably their boldest yet. Formed in New Jersey by Malach and Arakaki, the band took a few years to find their flying shape, solidifying into a lineup with Danny’s brother Cesar on drums and Derek Spaldo on bass.