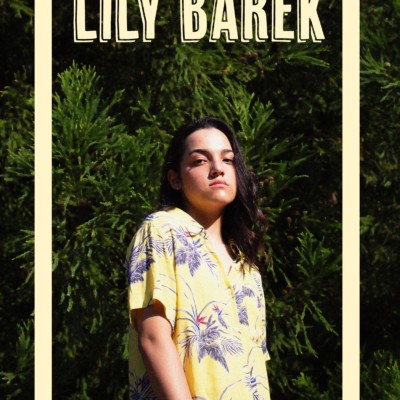 Lily Barek is a 21 year old, American pop-alternative musician from Springfield, Virginia. Influenced by the 80’s, Barek’s sound is filled with ambience and a blend of organic and electronic production. After studying guitar for eight years and sharpening her songwriting craft in Irvine, California, she moved back to Northern Virginia where she began to play shows and release her original work. In 2018, Lily Barek released her debut EP, For the Time Being. In 2019, she placed 2nd in Jammin’ Java’s Midatlantic Battle of the Bands, played at Hard Rock Cafe and ArtScape Festival, and opened for Zach Benson with Gabrielle Zwi. Her musical inspiration comes from artists such as Lorde, Young the Giant, Maggie Rogers, Robyn, and other alt-rock and pop artists. Lily is currently working on her debut album “I Hate the Nights You’re Free”, set to release in the fall of 2019.