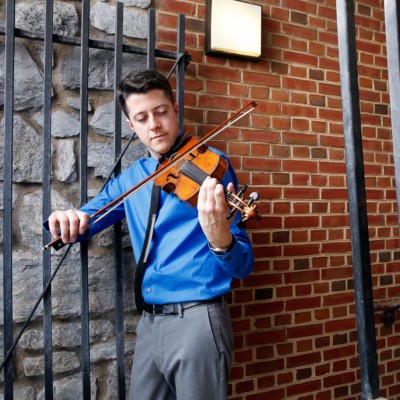 Patrick McAvinue, a Baltimore County, MD native, is regarded as one of the most innovative fiddlers in the music industry, able to translate the traditions of Bluegrass, Old-time and Irish music into a fresh and forward-thinking language of his own. His blistering prowess and technical fluency have marked him as a sought-after musician, leading to performances at the Kennedy Center, Carnegie Hall, the Grand Ole Opry and music festivals worldwide. In 2017, the International Bluegrass Music Association named him “Fiddle Player of the Year” – an honor bestowed upon the best of the best in the industry. His 2019 all-original album, “Perfect Fit” debuted at #9 on Billboard’s “Heatseekers” chart across all genres. Also, the album’s single, “Voice in Your Ear” charted at #1 on Bluegrass Radio for three consecutive weeks. Patrick currently resides just outside Nashville, TN, where he is a private music educator, teaching children and adults alike.