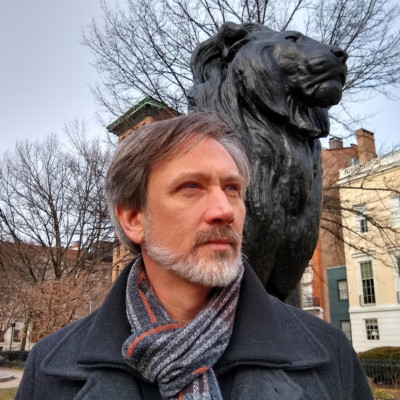 Eric D. Good man is the author of Womb: a novel in the utero (Merge Publishing, 2017) and Tracks: A Novel in Stories (Atticus Books, 2011), winner of the 2012 Gold Medal for Best Fiction in the Mid-Atlantic Region from the Independent Publisher Book Awards. He’s also author of Flightless Goose (Writer’s Lair Books, 2008), a storybook for children. More than a hundred of his stories and travelogues have been published in magazine, journals, and periodicals. He’s curator and co-founder of the popular Lit and Art Reading Series and hes read frequently from his fiction on Baltimore’s NPR station, and book festivals and literary event. Eric lives in Baltimore where he writes about wombs, trains, travel, and animals gone wild, among other things.