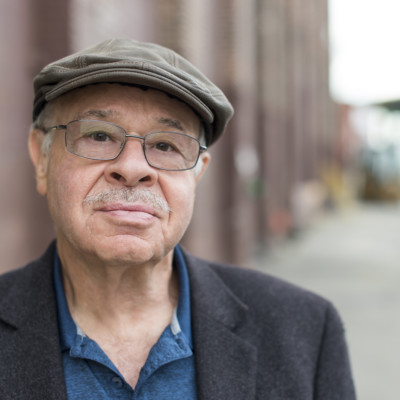 From the time he majored in creative writing at Northwestern University, Frank S. Joseph has been a writer in one form or another. He is the author of the award-winning “Chicago Trilogy,” novels that take up thorny questions of race, religion, and the lives of children coming of age in the 40’s, 50’s and 60’s. The first installment, To Love Mercy (Mid Atlantic Highlands: 2006), won eight awards and went into a second printing. To Walk Humbly is the second in the trilogy and To Do Justice the third; each has won pre-publication awards, including first place in the 2017 Chicago Writers Assn. First Chapter contest. Frank started his professional life as a journalist in Chicago, his hometown.

At The Associated Press, he covered the 1967 Detroit riot, the 1968 Democratic National Convention street disorders, Dr. Martin Luther King’s many marches, and most of the ghetto uprisings and incidents of urban violence that defined the turbulent mid-’60’s. He was an editor at The Washington Post during the Watergate years; and morphed into an award-winning publishing entrepreneur and direct marketing copywriter. He and his wife Carol Jason, a sculptor and painter, live in Chevy Chase MD. They are the parents of Sam and Shawn.