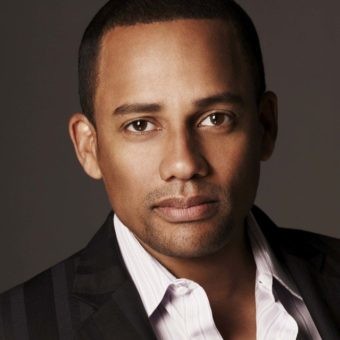 Meet Hill Harper: Star of ABC’s The Good Doctor and Award-Winning Author of Letters to a Young Brother

Hill Harper is an author and actor, best known for his roles on CSI and The Good Doctor.

Harper was born in Iowa City, Iowa, the son of Harry D. Harper, II, a psychiatrist, and Marilyn Harper (née Hill), who was one of the first black practicing anesthesiologists in the United States, and, co-authored a book called Wearing Purple. Hill Harper has been acting since the age of 7. Harper graduated from Bella Vista High School in 1984.

While a student at Harvard, Harper befriended Barack Obama. Harper and Obama met on the basketball court and became good friends. Although Harper earned three Ivy League degrees, he decided to pursue acting and moved to Los Angeles. He has received several honorary degrees, including honorary doctorates from both Westfield State College and Howard University. Born Francis Eugene Harper, he adopted the name “Hill” as a tribute to both his maternal and paternal ancestors.