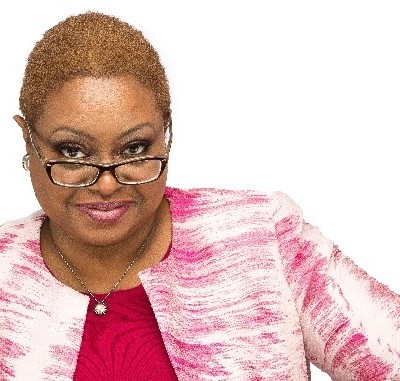 Leah D. Daughtry is an expert in strategic and event planning, project management, and community engagement. As president and CEO of a boutique strategic planning firm, On These Things, LLC, she’s built a formidable reputation for transforming businesses and organizations into well run entities primed for global impact.
Born in Brooklyn, New York, Leah’s parents, Reverend Doctors Herbert and Karen Daughtry, raised her in a home where activism was the norm and leadership was a way of life. The eldest of four siblings, she learned at an early age how to master the time management and organizational skills required to keep a busy household running smoothly.
After completing her bachelor’s degree in Government at Dartmouth College, Leah started her political career on Capitol Hill, followed by a position within the Democratic National Committee (“DNC”). While at the DNC, she met and was mentored by then-DNC Chief of Staff, Alexis Herman. Leah thrived under Herman’s leadership and would later join her at the Labor Department when she became the U.S. Secretary of Labor.
A multi-faceted leader with a gift for solving highly complex problems with remarkable speed and precision, Leah has a proven capacity to manage multi-billion dollar budgets, and develop internal and external communication strategies. These abilities make her an in-demand consultant with invaluable expertise to organizations seeking exponential growth.
In both 2008 and 2016, Leah served as the Chief Executive Officer of the Democratic National Convention Committee, making her the first person in Democratic Party history to hold the position twice. Her success in this role was a direct outcome of her brilliance as a strategist, in combination with her natural ability to develop, lead, and inspire teams.
Religion News Service named Leah as one of the 12 most influential Democrats in the nation on faith and values politics, based on her work with Faith In Action, the Democratic party’s outreach program to communities of faith. She has also served as Resident Fellow at Harvard University’s Institute of Politics, where she focused on the role faith and values play in American politics, and sits on the Executive Committee of the National Council of Negro Women.
A consummate servant-leader, Leah describes her ability to create calm out of chaos as a God-given gift; and everything she has accomplished is a reflection of that gifting. A graduate of Wesley Theological Seminary, she became an ordained minister in 2002 and currently serves as pastor of The House of the Lord Church in Washington, DC.
From pulpits to public forums to political platforms, in her own way, Leah Daughtry is an alchemist. An electrifying speaker full of power and charisma, she travels the world transforming corporate teams, congregations, and communities for the better. Beyond her amazing career, she’s also a loving aunt, dedicated mentor, and avid shoe lover.