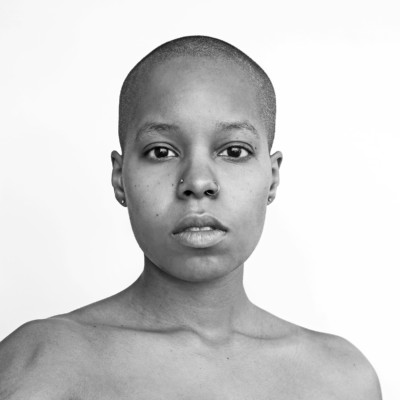 Phylicia Ghee is an interdisciplinary visual artist and photographer; her artwork documents transition, explores healing, ritual, ceremony & personal rites of passage. Phylicia is interested in the intersection between the physical and the spiritual. Her work serves as both a medicine and a vehicle for epigenetics & neuroplasticity. Taught by her Grandfather at a very early age, Phylicia works in photography, performance, video, fibers, mixed media, installation & painting. She earned her BFA in Photography with a Concentration in Curatorial Studies from MICA in 2010.

Phylicia has curated numerous exhibitions, events and public programs centered around issues of identity, healing and community. She has also exhibited her work in various galleries, museums and art fairs some of which include The Baltimore Museum of Art, Galerie Myrtis (Baltimore MD), The Egyptian Embassy (Washington, DC), The Margulies Warehouse (Miami, Florida) and Studio Art Centers International (Florence, Italy). In 2008 The Reginald F. Lewis Museum of Maryland African American History & Culture, commissioned Phylicia to create a 6’X7’ mixed media quilt for the museum’s private collection. Phylicia has exhibited and performed recently at Art on the Vine (Martha’s Vineyard, 2018), Young Collectors Contemporary (Memphis, TN, 2019)and The Walters Art Museum as one of seven Janet & Walter Sondheim Artscape Prize Finalists. Phylicia was also named ‘2019 Best of Baltimore’ in the category of Artist.

During her professional career, Phylicia has not only taught numerous classes and art-based workshops, but she has also done multiple performances and facilitated various rituals & ceremonies that explore artistic practice as a way to initiate & encourage healing. In 2015, Phylicia served as Resident Healing Artist for a city-wide campaign called the New Day Campaign and in 2017, Phylicia received recognition from the First Lady Yumi Hogan & the Maryland Behavioral Health Administration for her art and activism in raising awareness on issues surrounding mental illness and substance use.