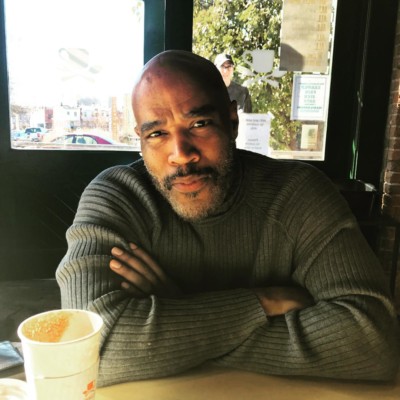 SEAN YOES began 30 years in journalism as an education reporter for the Baltimore AFRO American Newspaper in 1989. He has been honored for his work by the National Newspaper Publishers Association, the Association of Black Media Workers, the Maryland, Delaware, D.C. Press Association, Baltimore City Paper, Baltimore Magazine and the Baltimore Sun. In 2004, he won multiple awards for his series, “The Road to Brown,” which commemorated the 50th anniversary of the historic Brown v. Board of Education Supreme Court decision in 1954. Yoes collaborated with University of Maryland Law Professor Larry S. Gibson on the Brown assignment. He is also listed in the acknowledgements as a contributor to Gibson’s definitive biography, Young Thurgood: The Making of a Supreme Court Justice, published by Prometheus Books in 2012. Yoes is currently the Baltimore editor of the AFRO American Newspaper. He recently returned to Baltimore from a six-week sojourn to the East African nation of Uganda, where he provided media and marketing support for the American Chamber of Commerce in Uganda. He was born, raised and currently resides in West Baltimore.