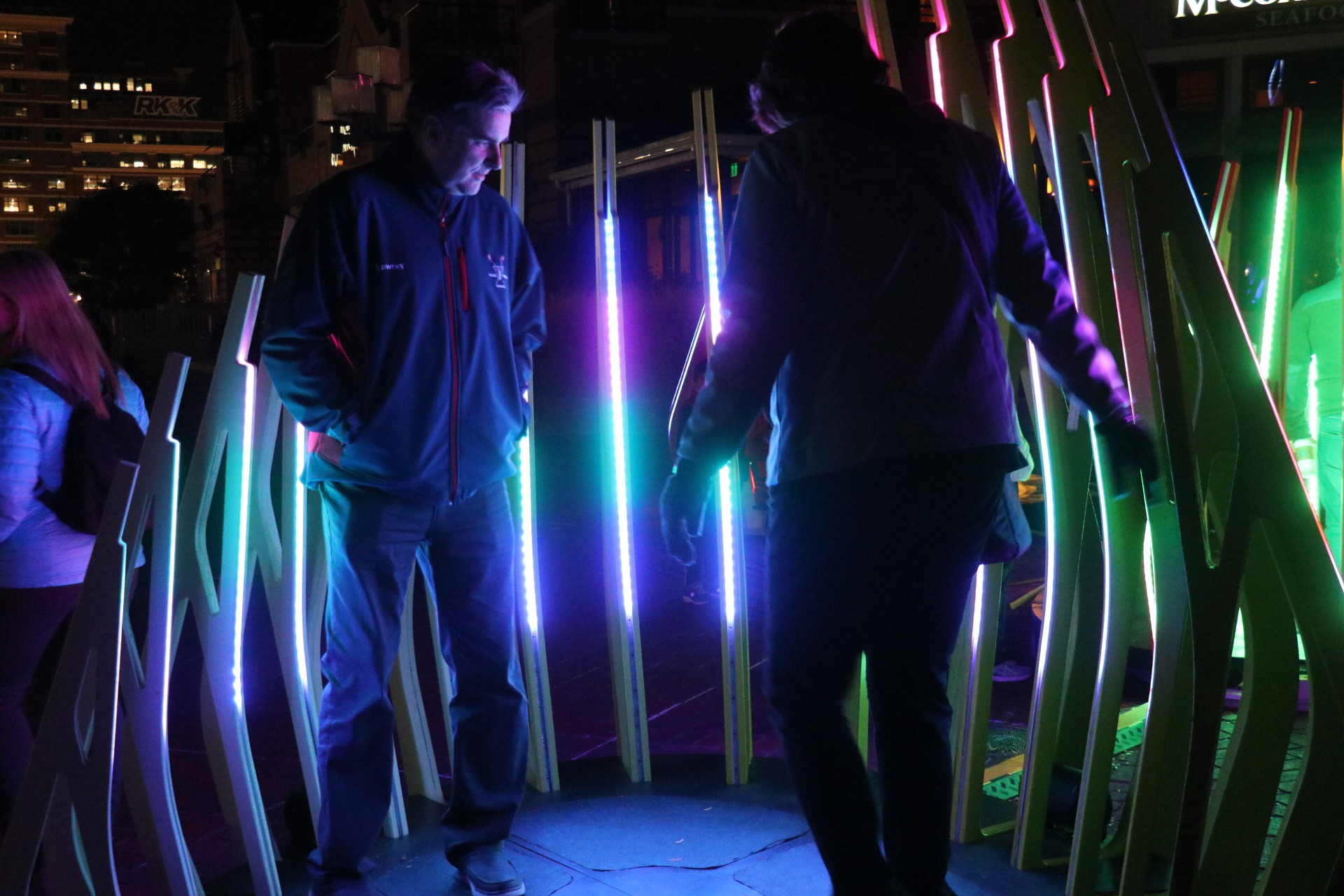 There are a lot of events happening downtown for the first weekend of November.

For the first time, Baltimore’s celebrations of light and literature are happening at the same time.

Both Light City and the Baltimore Book Festival are well attended on their own, and organizers are expecting a big turnout at Brilliant Baltimore this weekend.

“We just went online looking for stuff to do, and it said that there was things happening by the harbor,” visitor Judy Nosworthy said.

Brilliant Baltimore, the first union of the two major festivals, got underway Friday.

“I think it’s a great idea. I think on their own, they’re pretty fun, but together, I think Light City builds on the book festival,” resident Daniel Korbin said.

“The combination, we thought about it, both from the fact that we wanted to appreciate the art longer for when it’s darker, because before it was in the springtime and books tend to be released later in the fall, as well, so the fact that it made sense for both festivals to be later in the fall made us think it would be a good opportunity to combine them together,” said Santiago Nocera, marketing and communications associate at the Baltimore Office of Promotion and the Arts.

In McKeldin Square, the ice rink is open two weeks early to compliment the festival.

“Great reason to be down at the inner harbor for the winter season, and it finally feels a little bit like winter,” said Laurie Schwartz, president of the Baltimore Waterfront Partnership.

“I’m not a cold-weather person. I like warm weather, but I want all those who like to come and ice skate to come on out and do that,” Mayor Jack Young said.

Abagail Nosworthy was among the first skaters to hit the ice. She’s visiting Baltimore with her family.

“I think it’s a lot of fun because in Palm Beach, there isn’t really a lot of ice skating rinks, especially open ones, and it’s also really cold compared to Florida,” Nosworthy said.