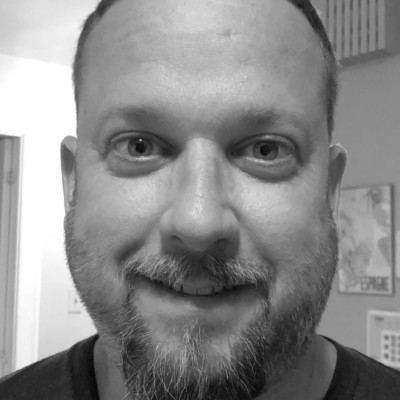 Design and animation, a generalist who’s had a myriad of projects and clients; from political ads, news packages, promos, the show opens and national commercials, to episodic effects, film titles, sports, branding and network packages. In 2000, he has won an Emmy for ABC’s Super Bowl XXXIV graphics package. As a seasoned vet of production, he has a big bag of tricks, a discerning eye, client finesse, and tons of experience working alone or as part of a team.

Originally from Baltimore, but lived and worked in Los Angeles for 12 years. In 2004, he relocated back to Baltimore and has worked as an offsite contractor since. In addition to the motion graphics, it has been increasingly interested in projection mapping and environmental experiences.