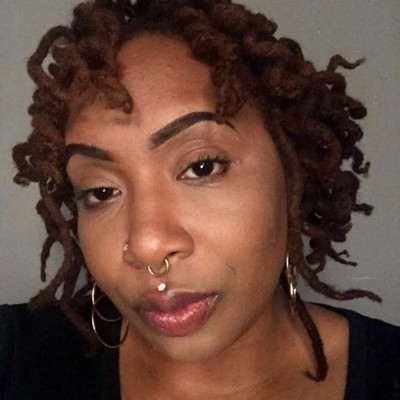 Sharea Harris, MFA is a black woman from deep in the American south. A writer and academic, Sharea is continuously observing the song and dance of identity and environment; their birth of experience and its weight on
us all. A multi-genre writer, Sharea’s work has appeared in magazines, lit journals, and on local and international stages. Sharea works in state art programming, reads for literary magazines, and facilitates writing workshops from a space like the home, Baltimore MD. During the day she works in higher education as the assistant director of a writing center where she also teaches rhetoric and literature.