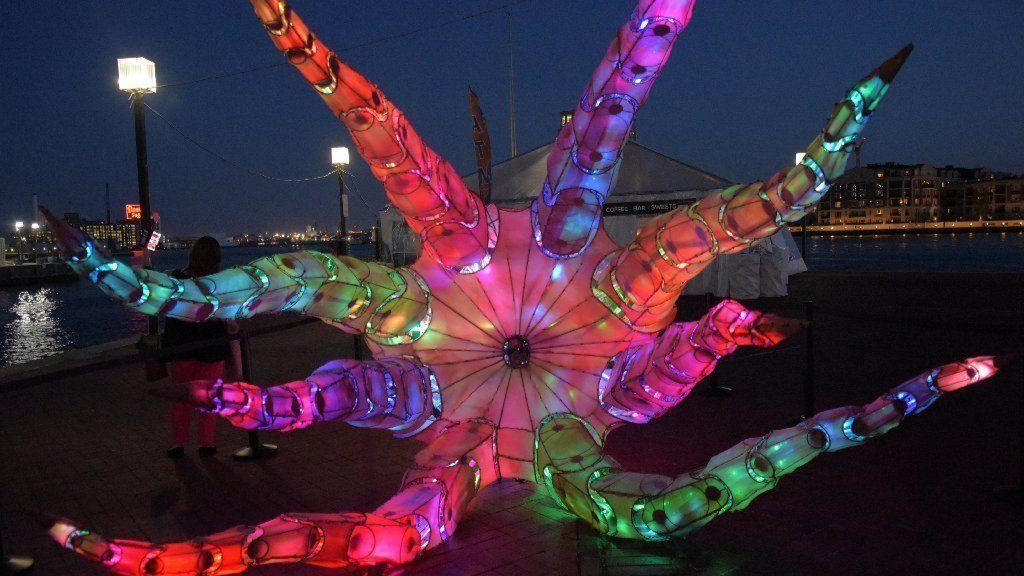 Two of downtown’s most popular festivals, Light City and the Baltimore Book Festival, will be moving to November in 2019.

The two festivals will be strung together as a 10-day celebration beginning next Nov. 1, officials with the Baltimore Office of Promotion and the Arts, which produces both, announced Thursday.

In previous years, the festivals had been held in late March/early April (Light City) and September (the book festival). By moving them to the same month and having them run over successive weekends, “we bring the firepower of the prominent authors we bring to the book festival to the phenomenal impact of the artists we bring to Light City,” said Donna Drew Sawyer, CEO of BOPA.

In addition, the book festival will essentially become the daytime component of Light City. That will eliminate [email protected], a series of ticketed conferences that had focused on innovation and featured local and national leaders in various fields.

Kathy Hornig, who directs the festivals for BOPA, said there are practical considerations behind both moves.

Shifting Light City to November will allow it to take place largely outside of daylight saving time, meaning it will get dark earlier. That should help the illuminated art of Light City look even more impressive, she said.

“The light art not being fully illuminated until 8:30 or so was a real barrier for folks to come down, particularly during the week,” Hornig said. Plus, she added, “an autumn dark is more intense than an early spring dark.”

As for the book festival, Hornig said many book companies are moving their publishing dates to later in the fall. Holding the festival in November will allow organizers to take advantage of the energy and promotion budgets that accompany release dates.

“We’ve been talking with our partners at the Ivy Bookshop since early summer,” she said. “Publication dates are moving away from September and closer to October, November and the holidays.”

Officials of Visit Baltimore, which markets the city to outsiders, sounded all-in on the move.

“By combining two events into one major happening, the city will attract even more high-impact authors, performers and artists to participate, which in turn provides a world-class experience for attendees,” Sarah Schaffer, chief marketing officer at Visit Baltimore, wrote in an email.

Moving the two festivals will line them up with October’s Free Fall Baltimore, a month-long program that annually features scores of free activities at the city’s cultural institutions. Sawyer said she liked the idea of stringing all three BOPA-produced events together.

“We’ll be programming from Oct. 1 straight through the middle of November,” she said.

Neither festival has been hurting for attendance. Although bad weather caused the crowds at April’s Light City to fall slightly from 2017 to 2018 — from an estimated 470,000 to 442,500 — attendance on opening night set a record. And September’s book festival brought some 100,000 visitors to the Inner Harbor, about the same as 2017.

Still, she predicted, moving the dates could attract even more people, especially from outside the city.

“Two solid weekends, and two solid weeks, of spectacular programming — we may anticipate more out-of-town guests than we’ve had in the past,” she said.

The weather also wasn’t a big factor in the decision to move the festivals; the difference in the average temperature for festival dates in April and November “was only two or three degrees,” Sawyer said. And while the average rainfall in November (3.12 inches, according to weather.com) may be less than September (3.98 inches), it’s actually more than April (3 inches).

“The weather is the one thing you cannot control in this business,” Hornig said.

Moving the festivals will take some juggling, especially since dates for Light City 2019 had previously been announced for April. Exact details, including which festivals will be running on which dates next November, are still being worked out, Hornig said.