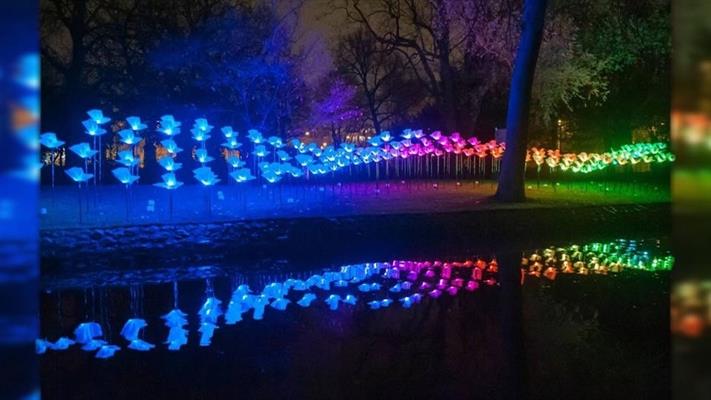 This spring was quieter than last spring in Baltimore City, with the merger of Light City with the fall’s Baltimore Book Festival. On Tuesday, organizers announced highlights of the combined events, which will take place in early November.

The book festival and Light City will take place along the waterfront Nov. 1-10. The theme of the merged event is Brilliant Baltimore, the Baltimore Office of Promotion & The Arts announced.

Beyond the harbor, the event is partnered with the Enoch Pratt Free Library to present Neighborhood Lights events nightly throughout the festival at eight library branches.

“The mission of Baltimore Office of Promotion & The Arts is to use the arts to make Baltimore a more vibrant city,” BOPA CEO Donna Drew Sawyer said in a statement. “Our team of professionals works to fulfill that mission every day through visual, literary, culinary and performing arts.”

Light City will feature 20 light art installations by artists from as close as Baltimore and Washington and as far away as the Netherlands and New Zealand.

Entertainment during the festival will include artists FUnsho, Eman the Heartbreak, Jah Works, Outcalls, Survival Society and Suga Grits. Visitors can discover emerging new talent at “Sound Off Live!” The “battle for the bands”-style event will be held Wednesday, Nov. 6 and Thursday Nov. 7 at Hard Rock Cafe.

Neighborhood nonprofits can submit proposals to have illuminated events, projects, installations or performances in their community. Applications open Tuesday and close on Monday, July 29.

The event will conclude with fireworks over the Inner Harbor on Sunday, Nov. 10.